Black history month is celebrated from February 1st, through February 28th. It is observed in the United States and is a day to celebrate, learn, and honor achievements of black men and women throughout history. 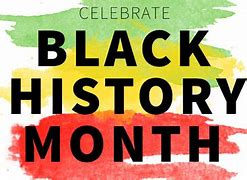 In her memoir Michelle Obama invites readers into her world, chronicling the experiences that have shaped her—from her childhood on the South Side of Chicago to her years as an executive balancing the demands of motherhood and work, to her time spent at the world’s most famous address. She describes her triumphs and her disappointments, both public and private, telling her full story as she has lived it—in her own words and on her own terms.

The defender : how the legendary black newspaper changed America : from the age of the Pullman porters to the age of Obama / Ethan Michaeli.

""The story of the Chicago Defender is the story of race in the twentieth century." -- Alex Kotlowitz, author of There Are No Children Here Giving voice to the voiceless, the Chicago Defender condemned Jim Crow, catalyzed the Great Migration, and focused the electoral power of black America. Robert S. Abbott founded The Defender in 1905, smuggled hundreds of thousands of copies into the most isolated communities in the segregated South, and was dubbed a "Modern Moses," becoming one of the first black millionaires in the process. His successor wielded the newspaper's clout to elect mayors and presidents, including Harry S. Truman and John F. Kennedy, who would have lost in 1960 if not for The Defender's support. Along the way, its pages were filled with columns by legends like Ida B. Wells, Langston Hughes, and Martin Luther King. Drawing on dozens of interviews and extensive archival research, Ethan Michaeli constructs a revelatory narrative of race in America and brings to life the reporters who braved lynch mobs and policemen's clubs to do their jobs, from the age of Teddy Roosevelt to the age of Barack Obama"-- Provided by publisher.

Some of my best friends are Black : the strange story of integration in America / Tanner Colby.

"Discover the astonishing, inspirational, and largely unknown true story of the eighteen African American athletes who competed in the 1936 Berlin Olympic Games, defying the racism of both Nazi Germany and the Jim Crow South." -- Publisher annotation.

The astonishing untold history of America’s first black millionaires—former slaves who endured incredible challenges to amass and maintain their wealth for a century, from the Jacksonian period to the Roaring Twenties—self-made entrepreneurs whose unknown success mirrored that of American business heroes such as Henry Ford, John D. Rockefeller, and Thomas Edison. While Oprah Winfrey, Jay-Z, Beyoncé, Michael Jordan, and Will Smith are among the estimated 35,000 black millionaires in the nation today, these famous celebrities were not the first blacks to reach the storied one percent. Between the years of 1830 and 1927, as the last generation of blacks born into slavery was reaching maturity, a small group of smart, tenacious, and daring men and women broke new ground to attain the highest levels of financial success.

"From Jean Baptiste Point DuSable to Oprah Winfrey, Black entrepreneurship has helped define Chicago. Robert E. Weems, Jr. and Jason P. Chambers curate a collection of essays that place the city as the center of the Black business world in the United States. Ranging from titans like Anthony Overton and Jesse Binga to McDonald's operators to Black organized crime, the scholars shed light on the long-overlooked history of African American work and entrepreneurship since the Great Migration. Together they examine how factors like the influx of southern migrants and the city's unique segregation patterns made Chicago a prolific incubator of productive business development -- and made building a Black metropolis as much a necessity as an opportunity"-- Provided by publisher.

We're better than this : my fight for the future of our democracy / Elijah Cummings with James Dale ; foreword by speaker Nancy Pelosi.

"In We’re Better Than This, Cummings details the formative moments in his life that prepared him to hold President Donald Trump accountable for his actions while in office. Cummings powerfully weaves together the urgent drama of modern-day politics and the defining stories from his past. He offers a unique perspective on how his upbringing as the son of sharecroppers in a South Baltimore neighborhood, rampant with racism and poverty, laid the foundation of a life spent fighting for justice. Cummings was known for his ability to referee contentious members of Congress and reach across the aisle for the sake of justice. Since his early days in politics, Cummings proved his abilities as a leader and legal mind who could operate at the highest levels of democracy, always working with--and for--the underserved. Part memoir, part call-to-action, the book goes behind the scenes with the House Democratic leadership, offering an eye-opening account of the relentless and unprecedented obstructionism by both the President and GOP. Cummings’ final words present a vital defense of how government oversight defines our collective trust and makes the case that, even in the face of our nation’s most challenging times, we must remain rooted in the politics of optimism." --publisher's website

"From one of America's most inspiring political leaders, a book about the core truths that unite us, and the long struggle to discern what those truths are and how best to act upon them, in her own life and across the life of our country. By reckoning with the big challenges we face together, drawing on the hard-won wisdom and insight from her own career and the work of those who have most inspired her, Kamala Harris offers in The Truths We Hold a master class in problem solving, in crisis management, and leadership in challenging times. Through the arc of her own life, on into the great work of our day, she communicates a vision of shared struggle, shared purpose, and shared values. In a book rich in many home truths, not least is that a relatively small number of people work very hard to convince a great many of us that we have less in common than we actually do, but it falls to us to look past them and get on with the good work of living our common truth. When we do, our shared effort will continue to sustain us and this great nation, now and in the years to come"-- Provided by publisher.

The Cooking Gene : A Journey Through African American Culinary History in the Old South / Michael Twitty.

2018 James Beard Foundation Book of the Year 2018 James Beard Foundation Book Award Winner inWriting Nominee for the 2018 Hurston/Wright Legacy Award in Nonfiction #75 on The Root100 2018 A renowned culinary historian offers a fresh perspective on our most divisive cultural issue, race, in this illuminating memoir of Southern cuisine and food culture that traces his ancestry -- both black and white -- through food, from Africa to America and slavery to freedom. Southern food is integral to the American culinary tradition, yet the question of who owns" it is one of the most provocative touch points in our ongoing struggles over race. In this unique memoir, culinary historian Michael W. Twitty takes readers to the white-hot center of this fight, tracing the roots of his own family and the charged politics surrounding the origins of soul food, barbecue, and all Southern cuisine. From the tobacco and rice farms of colonial times to plantation kitchens and backbreaking cotton fields, Twitty tells his family story through the foods that enabled his ancestors' survival across three centuries. He sifts through stories, recipes, genetic tests, and historical documents, and travels from Civil War battlefields in Virginia to synagogues in Alabama to Black-owned organic farms in Georgia. As he takes us through his ancestral culinary history, Twitty suggests that healing may come from embracing the discomfort of the Southern past. Along the way, he reveals a truth that is more than skin deep -- the power that food has to bring the kin of the enslaved and their former slaveholders to the table, where they can discover the real America together. Illustrations by Stephen Crotts".

Arguably the most celebrated and revered writer of our time now gives us a new nonfiction collection--a rich gathering of her essays, speeches, and meditations on society, culture, and art, spanning four decades.00The Source of Self-Regard is brimming with all the elegance of mind and style, the literary prowess and moral compass that are Toni Morrison's inimitable hallmark. It is divided into three parts: the first is introduced by a powerful prayer for the dead of 9/11; the second by a searching meditation on Martin Luther King Jr., and the last by a heart-wrenching eulogy for James Baldwin. In the writings and speeches included here, Morrison takes on contested social issues: the foreigner, female empowerment, the press, money, "black matter(s)," and human rights. She looks at enduring matters of culture: the role of the artist in society, the literary imagination, the Afro-American presence in American literature, and in her Nobel lecture, the power of language itself. And here too is piercing commentary on her own work (including The Bluest Eye, Sula, Tar Baby, Jazz, Beloved, and Paradise) and that of others, among them, painter and collagist Romare Bearden, author Toni Cade Bambara, and theater director Peter Sellars.

William Boston has just joined the all-black 24th infantry of the United States Army. A natural leader, Boston quickly rises within his troop and is looked up to by the others. When the men are sent to the South, where racism runs rampant in a merciless community, the troop is pushed to their limit. After endless brutal acts of violence, Boston and the men turn their fear and rage against the city, inciting one of the deadliest riots in history.

Henry Louis Gates Jr. presents an examination of one of the most consequential and least understood chapters in U.S. history when, after the Civil War, the nation struggled to reunite North and South while living up to the promise of citizenship for millions of freed African Americans.

Tell them we are rising: the story of historically black colleges and universities/ directed by Stanley Nelson

Black colleges and universities are a haven for Black intellectuals, artists and revolutionaries and have educated the architects of freedom movements and cultivated leaders in every field. Examine the impact these institutions have had on American history, culture, and national identity.