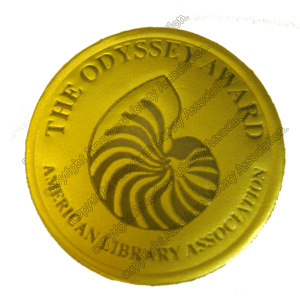 "This annual award is given to the producer of the best audiobook produced for children and/or young adults, available in English in the United States.  The selection committee may also select honor titles." Click here to visit the official website and see additional reading lists.