Juneteenth and the Civil War: Home

This guide will help you discover some of the online materials available to you through your library on Juneteenth and the Civil War.

These resources can be found on either Hoopla or the e-Book webpage.

Juneteenth by Rachel Grack
On June 19, 1865 – two years after the Emancipation Proclamation – Galveston, Texas became the last place in the country to learn the slaves were free. Today, Juneteenth is a joyful occasion with parades, speeches, music, and more! This engaging book teaches the fascinating origins and traditions of Juneteenth, honoring the freedom of African Americans. (Hoopla) 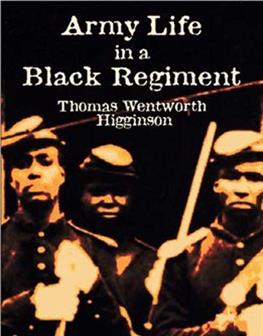 Army Life In A Black Regiment  by Thomas Wentworth Higginson
This book - originally a series of essays - was written by a Union colonel from New England, in charge of black troops training off the coast of the Carolinas. It offers a refreshing portrait of life in the Union Army as the narrator captures the raw humor that develops among the men in combat. (Hoopla) 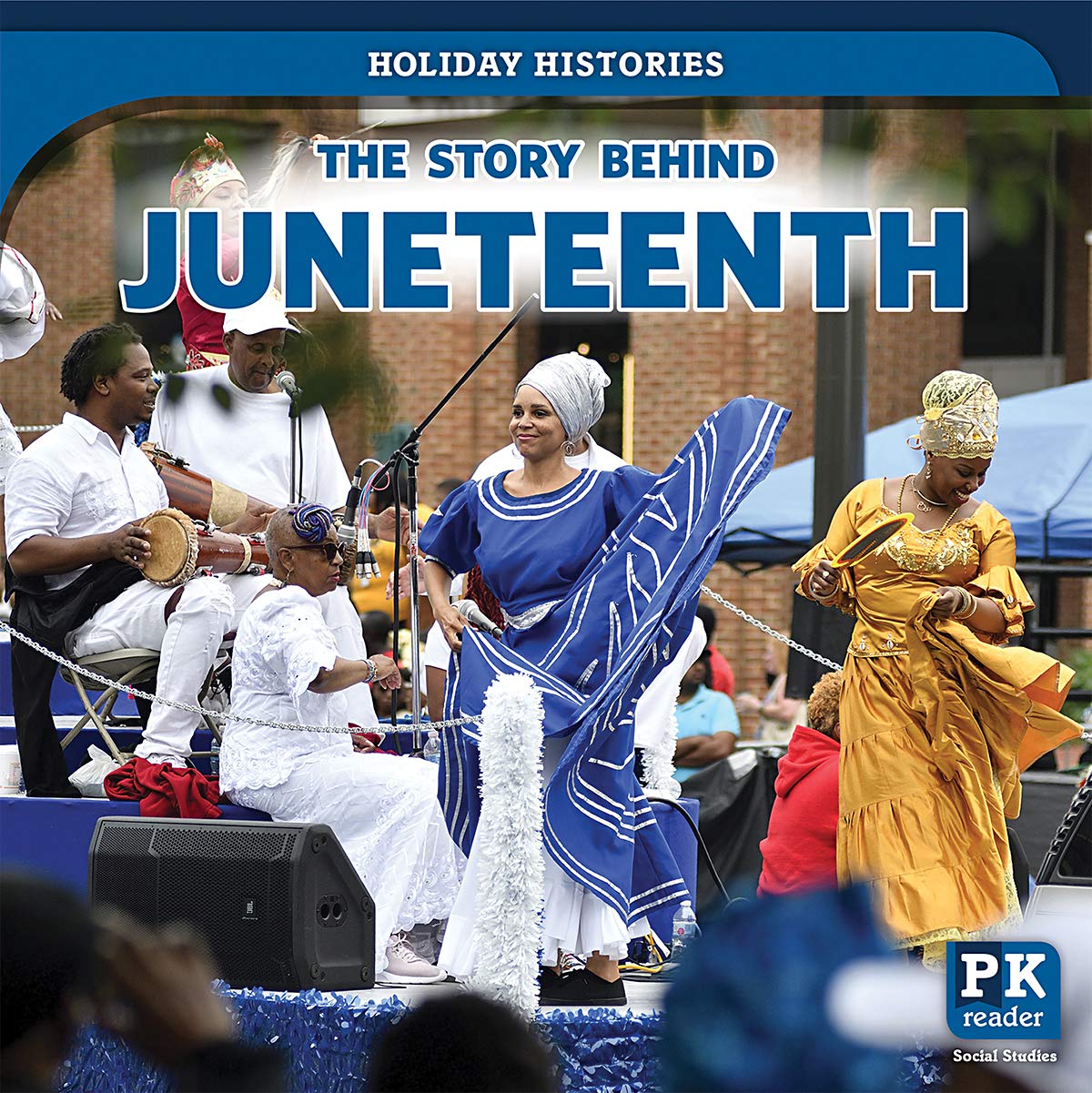 The Story Behind Juneteenth by Jack Reader
Juneteenth, which is celebrated each year on June 19th, commemorates the end of slavery in the United States. This holiday began in 1865, more than two years after President Lincoln issued the Emancipation Proclamation. News spread much slower back then, and when slaves in Texas finally learned of their freedom, the holiday was born. In this book, readers are given an in-depth look at the history of Juneteenth, including the events leading up to its creation. Readers will love learning about how this important moment in U.S. history is celebrated each year. (Hoopla) 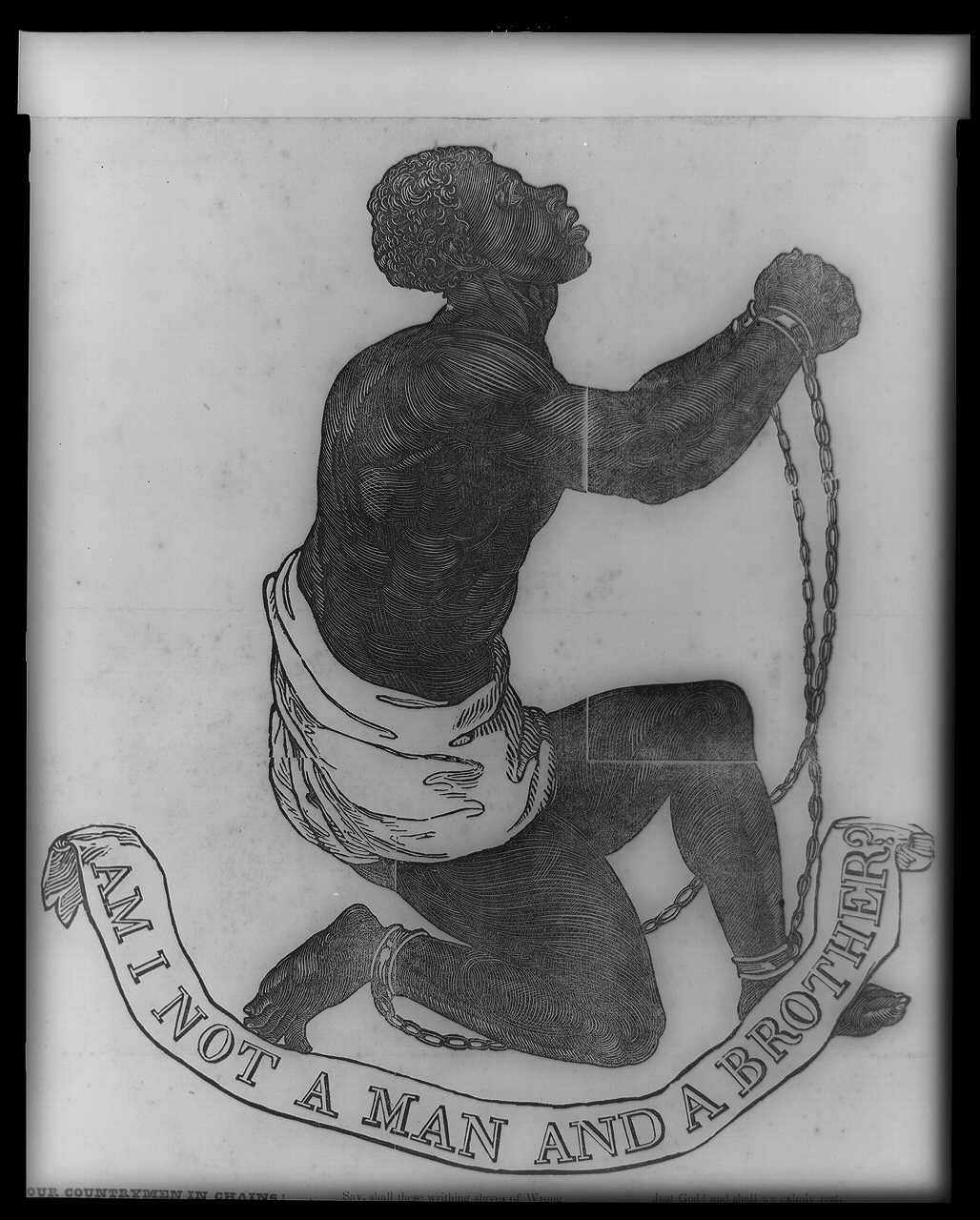 Am I Not a Man and a Brother? from the Anti-Slavery Office (1837)
A bold woodcut version of Josiah Wedgwood's famous anti-slavery insignia adorns this 1837 broadside of John Greenleaf Whittier's antislavery poem, "Our Countrymen in Chains." (Biblioboard)

Incidents In The Life Of A Slave Girl by Harriet Ann Jacobs
Tormented by her master, a young mother plots a daring escape, in this courageous and captivating slave narrative When her mother dies, six-year-old slave girl Linda Brent is sent to the big house, where she grows up serving a gentle mistress who teaches her to read and write. But the mistress's death brings about a sudden and terrible change in Linda's fortunes.   Her lecherous new master torments Linda mercilessly, making her life a living hell. Unable to join her two young children in their escape to the North, Linda hides in the attic above her grandmother's house. For seven years, she waits for the opportunity to flee North Carolina and reunite with her son and daughter in the land of freedom. But when the chance finally comes, Linda discovers she has yet more pain to endure.   Based on the true story of Harriet Jacobs's escape from the South, Incidents in the Life of a Slave Girl is one of American literature's most powerful indictments of the evils of slavery.   This ebook has been professionally proofread to ensure accuracy and readability on all devices. (Hoopla)

Antebellum Posthuman: Race and Materiality in the Mid-Nineteenth Century by Christin Ellis
From the eighteenth-century abolitionist motto Am I Not a Man and a Brother? to the Civil Rights-era declaration I AM a Man, antiracism has engaged in a struggle for the recognition of the humanness of black humanity. It has done so, however, during an era in which the very definition of the human has been called into question by the rising prestige of the biological sciences whose materialist account of human being erodes the grounds of human exceptionalism...Antislavery materialism allowed these authors to respond to scientific racism in its own empirical terms. At the same time, however, it also attenuated their faith in the liberal humanist principles that they champion elsewhere in their work. (Biblioboard)

About My Dollar (Juneteenth) - Single from UniversalDaGod: R&B/Soul (Hoopla)